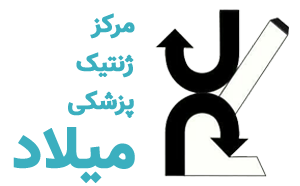 Slow proliferation as a biological feature of colorectal cancer metastasis

Slow proliferation as a biological feature of colorectal cancer metastasis

BACKGROUND: We have recently reported an inverse relationship between colon cancer progression and tumour proliferative activity. Here, we extend our findings by evaluating the proliferative activity of liver metastatic lesions and primary colorectal cancers (CRC) that differ in their metastatic potential.
METHODS: Using an earlier established multi-gene proliferation signature (GPS), proliferative levels were analysed in 73 primary CRCs and 27 liver metastases.
RESULTS: Compared with primary CRCs, we observed a significantly lower expression of the GPS in liver metastases and confirmed their lower proliferative levels by quantitative RT–PCR and Ki-67 immunostaining. No difference could be detected in apoptotic indices as assessed by M30 immunostaining, indicating that the net growth rate is lower in metastases relative to primary tumours. Notably, relapsed primaries or those with established metastases had significantly lower proliferative activity than CRCs that were non-metastatic and did not relapse.
CONCLUSION: Our results suggest that slow proliferation is a biological characteristic of both liver metastases and those primary tumours with the ability to metastasise. The delineation of the mechanisms underlying the inverse association between proliferation and CRC aggressiveness may be important for the development of new therapeutic strategies. British Journal of Cancer (2009) 101, 822–828. doi:10.1038/sj.bjc.6605229 www.bjcancer.com Published online 4 August 2009